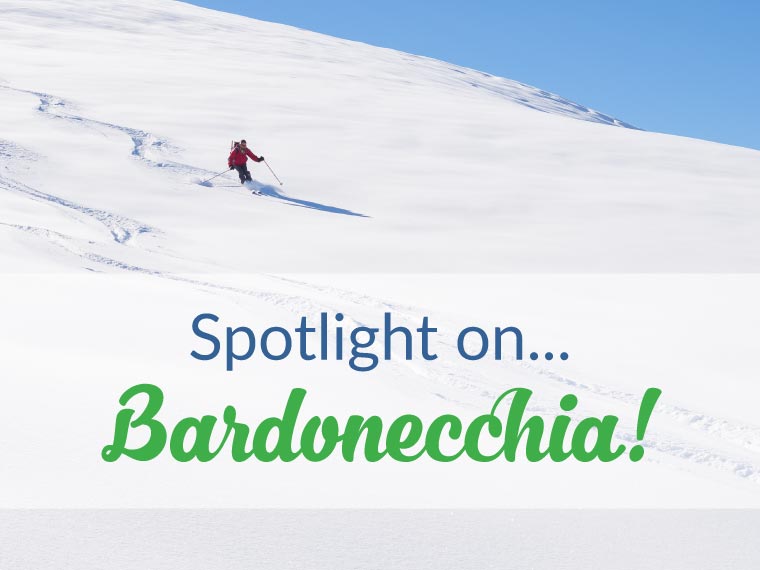 Just an hour’s drive from Turin, close to the border with France lies one of the best school ski resorts in Italy – Bardonecchia.

The resort sits in the sunny Susa Valley and is surrounded by dramatic mountain peaks that reach heights of more than 3,000m - this is renowned as one of the most picturesque areas in the western Alps. 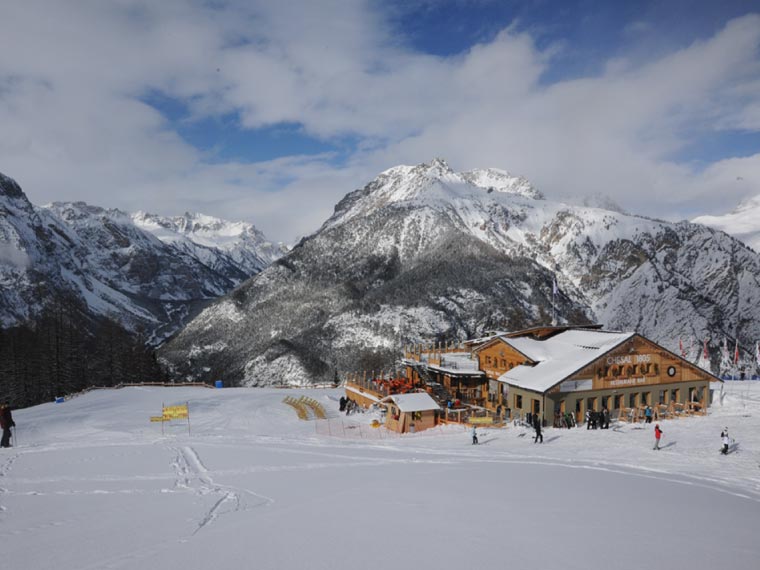 With three areas across two mountains, there is 110km of skiable piste here.

Colomion-Les Arnauds and Melezet are interlinked. You’ll start in Campo Smith (1300m), at the heart of the resort, and the lifts will carry you up to 2400m, where you’ll be able to ski above the tree line.

Jafferau is just 5 minutes from the resort centre and can be reached by free ski bus. This is where the best off-piste skiing can be found during the spring, although there are also some fantastic open runs boasting some incredible panoramic views over the surrounding peaks. 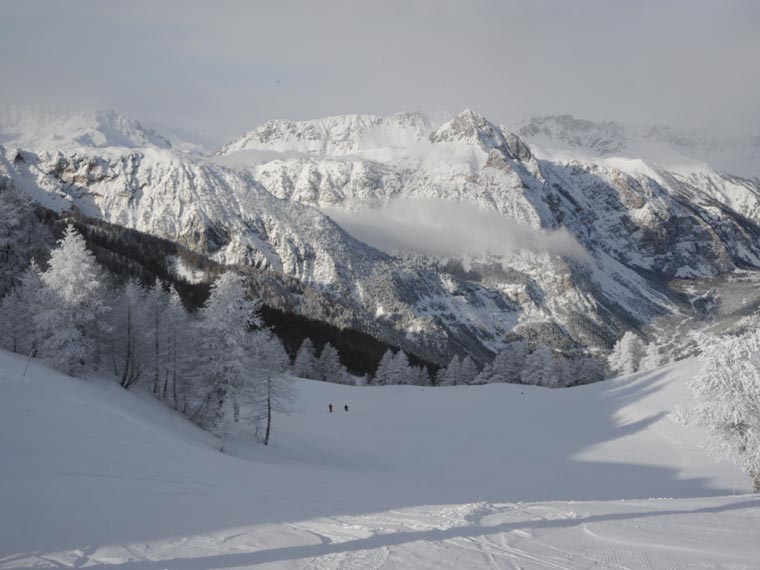 The snow record here is excellent, thanks to the predominantly north-facing slopes. And when Mother Nature decides she doesn’t want to play ball, skiing can continue, as 50% of the pistes are covered by snow cannons. 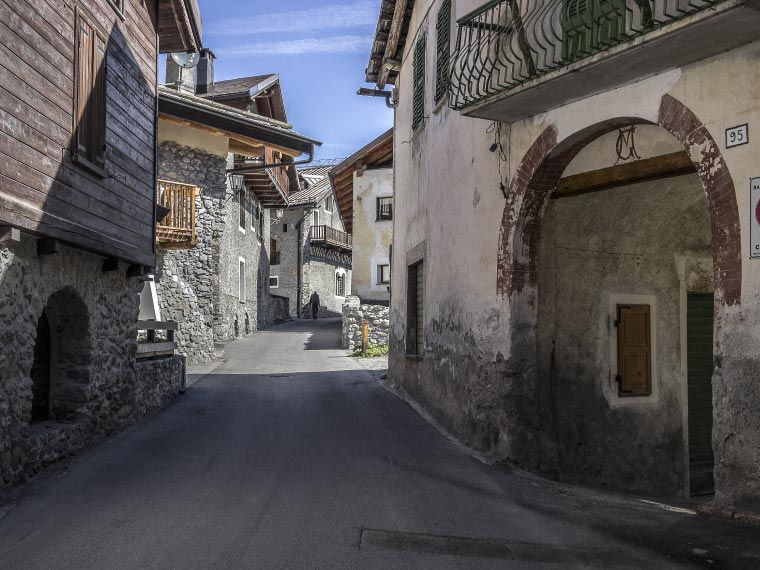 The town of Bardonecchia predates winter sports and so is not a purpose-built resort town, meaning it’s kept its traditional alpine character. It’s also a year-round resort, thanks to the exciting summer activities available in the area, so the leisure facilities here are excellent and, indeed, above standard for a resort of this size. 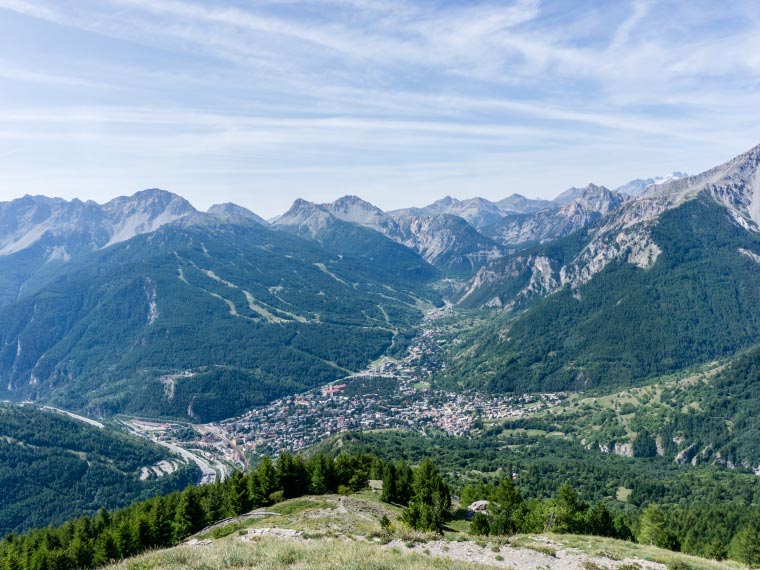 Although Bardonecchia has a long history of hosting winter sports events (the first Italian skiing championship was held here in 1909), it really came into its own in 2006 when it hosted an Olympic Village and some of the snowboarding events of the Turin Winter Olympics. 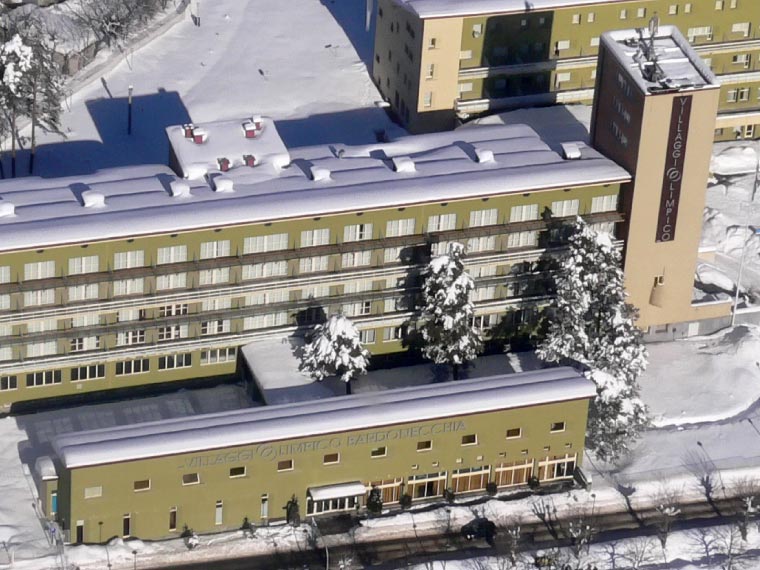 And it’s still a host venue for World Cup races and other events throughout the season.

But we still think it’s hugely underrated. In fact, during the week, you’ll find the slopes almost deserted. It does get busier at the weekend, with mainly Italian visitors from Turin heading up to the slopes for the weekend.

This does, however, mean that your students will get to spend more time skiing and less time waiting in queues for the lifts. And you’ll find that the après-ski scene is less rowdy than in other resorts for this same reason. 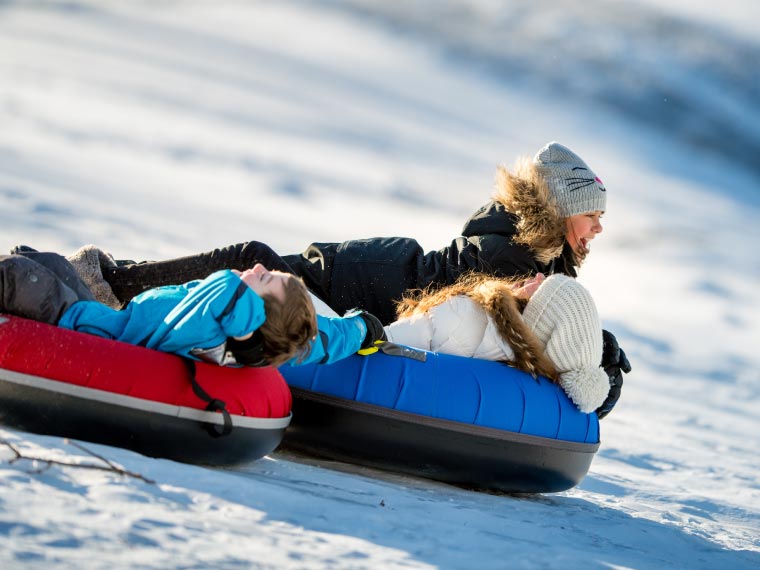 However, there are still plenty of après-ski possibilities for your school group. You could go snowshoeing (ciaspole in the Piemontese dialect), ice skating or snow tubing!

The resort is best for beginners and intermediates and offers good progression from the beginners’ slopes to the intermediates. In fact, one of the best things about Bardonecchia is that you’ll return home from your school ski trip knowing that your students will have skied as much of the mountain as they’re capable of.

And as an end of the week treat, you could even challenge your students to race each other – at Plan del Sole there’s a racing piste with an automated timer!

And if you have any snowboarders in your group, they’ll love Bardonecchia. There’s a brilliant, ultramodern snowpark in the Melezet area which boasts an Olympic halfpipe and even a daily DJ!

Plus, there are some truly superb accommodation options here offering doorstep skiing for school groups.

Interested in visiting Bardonecchia on your next school ski trip?

Contact us today for further information or to request your tailor-made quote.