5 Interesting Facts For Your School Trip to New York! 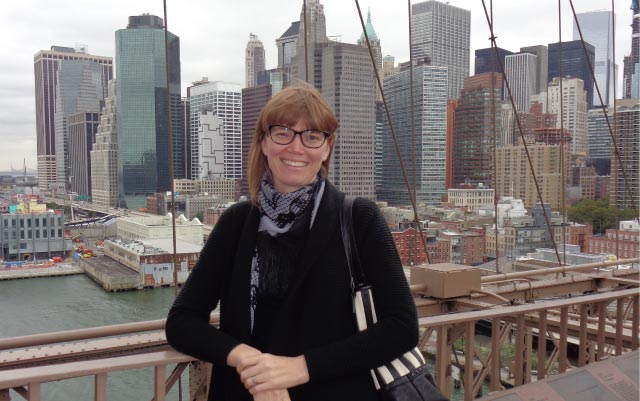 By Zoe Campbell, Head of Long-Haul Tours at Halsbury Travel

New York is one of my favourite cities in the world and it just so happens to be a real favourite among our school groups too. Here are some interesting facts about the city that I’ve picked up on my travels there!

The Statue of Liberty is French!

Well, it was a gift from the French to the United States of America on the occasion of the country’s centenary in 1886. It arrived in the US in 350 pieces, although the famous outstretched arm travelled ahead of the rest of the body and was displayed at the Centennial Exposition in Philadelphia to raise money for its construction.

And its metal framework was built by Gustave Eiffel, who built the Eiffel Tower!

Of course, no trip to New York would be complete without visiting the Statue of Liberty and the ferry ride across to Liberty Island is always one that students find particularly exciting.

It’s home to the tallest building in the Western Hemisphere

The tower is 1,776 feet high – a nod to the year the United States Declaration of Independence was signed. It is the tallest building in New York and, indeed, the entire Western Hemisphere.

On your school trip to New York, you choose to check out the incredible views from the One World Trade Center’s 102nd floor. Or you can choose to visit the National September 11 Memorial, to pay your respects to the victims of the terrorist attacks that shook New York and the world in 2001.

As many as 800 languages are spoken in New York

New York City has long been the main gateway into the United States for immigrants and this has turned the city into a real cultural melting pot. It’s estimated that as many as 800 different languages are spoken in New York and you can certainly feel the influence of many cultures when taking in the art, music, theatre and food.

On your trip, your students will have plenty of opportunity to soak up this multicultural atmosphere. And, if you’re interested in the history of immigration to the United States and the influence on the city, you may like to include a visit to Ellis Island.

The iconic Brooklyn Bridge links the boroughs of Manhattan and Brooklyn. It was opened on 24th May 1883, making it 11 years older than Tower Bridge in London.

I would definitely recommend taking the time to walk along the Brooklyn Bridge, just as Sha Tin College did. It will give you the opportunity to see the city from a different perspective and offers some great photo opportunities.

The world’s tallest building for nearly 40 years, the 102-storey Empire State Building was almost literally thrown up in just 13 months. At its peak, almost 3,500 workers were involved in the project, many of whom were Irish or Italian immigrants.