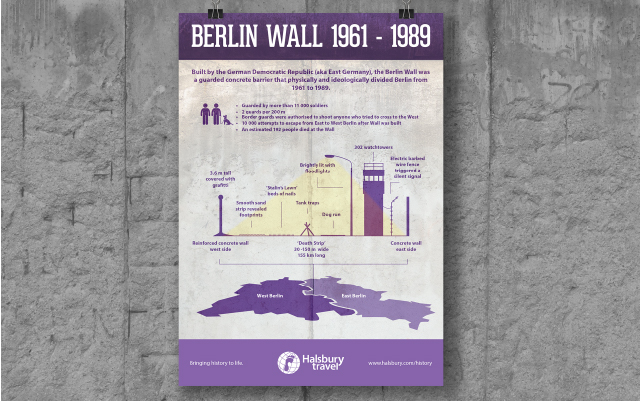 We’ve created this poster to help your students better understand what the Berlin Wall was, and how it divided the city from 1961 to 1989.

Are your students studying the Cold War? Or perhaps you’re planning a school trip to Berlin for another subject but you want your students to learn more about the Berlin Wall, which is still such a prominent feature in both the landscape and the culture of the city.

Display this poster in your classroom to help your students understand the structure of the Berlin Wall and how seriously the GDR wanted to stop its citizens from defecting to the West.

They’ll find out how heavily guarded it was and that guards were authorised to shoot anyone who attempted to escape to the West.

They’ll learn how many East Berliners attempted to cross the border, despite the heavily fortified wall designed to keep them in East Berlin.

And they’ll discover how many of those lost their lives during escape attempts.