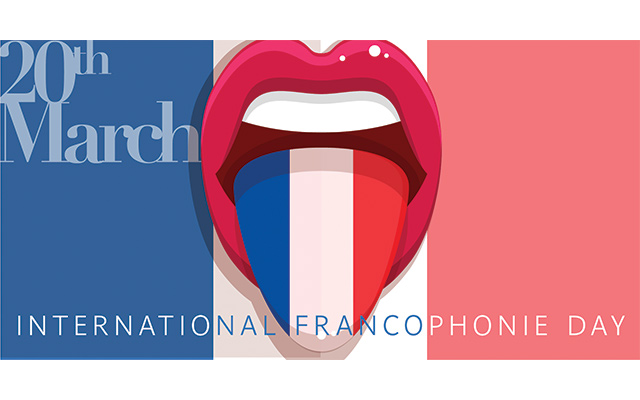 What is International Francophonie Day?

In particular, the day focuses on celebrating the French language and francophonie culture – that is, the culture of the world’s French-speaking sphere.

And it’s a pretty big sphere – there are estimated to be about 300 million French speakers worldwide, making French the 5th most widely spoken language on the planet.

Over half of the world’s French speakers live in Africa – Kinshasa, the capital of the Democratic Republic of Congo, is the world’s second largest French-speaking city after Paris.

There are a further 125 million people currently studying French too – and it’s a good move economically, as French-speaking countries account for about 20% of the world trade in goods.

What is the International Organisation of La Francophonie?

The IOF was created in 1970 to promote the French language, peace and sustainable development within the French-speaking world.

What’s so special about the French language?

French is spoken on every continent and is an official language in 29 countries around the world.

And there are estimated to be around 300 million French speakers around the world. This number is expected to increase to 700 million by 2050.

Although from two distinct language families, French and English have a long shared history. Thanks to the Norman conquest, French was the language of the ruling classes in England for over 300 years, and so perhaps it should not be surprising that around 45% of modern English words have their roots in French.

From the 16th century onwards, French became the language of diplomacy and politics, as it spread through France expanded her empire. As such, its influence on a number of other European languages grew.

And French is still an important language in diplomacy, with many international organisations and institutions listing French as an official language. These include the International Olympic Committee, the European Union, the Red Cross, the United Nations and Doctors Without Borders (also commonly known by its French name, Médecins Sans Frontières). French is also used in many international courts.

Yet despite its important international influence, by the time of the French Revolution in the 18th century, only a quarter of French citizens actually spoke French as their mother tongue.

And the language was spoken more widely in parts of the Netherlands and Germany than France itself.

It was only after the French Revolution, when use of French was encouraged to ensure all citizens could participate in politics, that use of the national language began to spread in France.

Standardisation of the French language began a little earlier than this, with the establishment of the Académie Française in 1634. Members of the Academy, known as les Immortels¸ are seen as the preeminent authority on the French language and are tasked with protecting and preserving it. In recent years, there has been a particular focus on protecting French from Anglicisation.

The French language now is one of business and trade, politics and diplomacy. It is spoken all over the world and is the second most studied language. It is a strong symbol of French culture and nationality, but also allows you to explore parts of Africa, North America and Oceania.

Thinking about your next French school trip?

Please don’t hesitate to contact us for further information and advice, or to request your tailor-made quote.