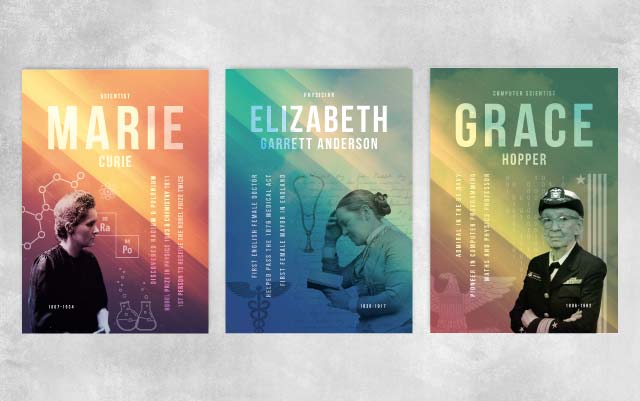 To celebrate British Science Week, we’ve created these three classroom posters depicting three of the most influential women in STEM. Download these posters and display them in your classroom to encourage more girls to consider a career in STEM.

Who do the posters feature?

The famous physicist is best remembered for her discovery of polonium and radium.

When she first obtained her license to practise medicine from the Society of Apothecaries, the society immediately amended its regulations to prevent other women repeating her achievement.

And as a woman, Garrett Anderson was unable to take up a post in any established hospital – so she founded her own practice!

Grace Hopper was a pioneer of computer programming – in fact, she is considered one of the first three computer ‘programmers’.

She was also a rear admiral in the United States Navy and received more than 40 honorary degrees during her lifetime.

Inspired to inspire your young scientists?

A science school trip is the perfect way to encourage a passion for science among your students! So, shall we start planning?

Yes. send me a tailor-made quote!